OPEN WITHDRAWAL
Temple of Wisdom and Understanding, in Kashmir, India.

THOUGHT SHAPE OF THE YEAR 2012
"Master Koot Hoomi with the world ahead, holding in his golden aura all the constructive religions of humanity."

THEME OF THE YEAR
I WANT TO BE LIKE YOU, MASTER KOOT HOOMI.

Koot Hoomi is a "Master of Wisdom at the Planetary level" belonging to humanity, who deals with the conduct of all religions and spiritual groups without exception and helps inspiring their prelates, priests, gurus, teachers and guides to sustain the total the constructive spiritual beliefs of the whole earth.
For this He is impregnated with the greatest Love and Wisdom that may exist in the world. He is known to many mystics but as he makes no effort to make himself known he is not as popular as other teachers.

Pythagoras (582-507 BC)
Koot Hoomi possesses the love, sweetness, humility and simplicity of San Francisco, the wisdom and science of Pythagoras, along with the royal bearing and dignity of a Mughal king, such as El Sha Jahan who built the Taj Mahal.

Its personal characteristics are not to reject anyone, understand and accept the whole world by helping each person to develop his "Inner Christ" so that through him he can consolidate his spirituality and perform the miracles he needs. He is a teacher of teachers.

Master Koot Hoomi is very beautiful with golden brown hair, light blue eyes and penetrating, very fine features and it costs you nothing to smile.

Master Koot Hoomi lives in Kashmir in a beautiful area in northern India surrounded by the Himalayan mountains near a paradisiacal lake called Dhal, sown with lotuses and boat houses where beautiful people live.

The “Major Facilitator” of all the “Spiritual Facilitators” of the world, from any religion or spiritual group, is Master Koot Hoomi, He unites us all within his “Golden Aura”, as in a single “Spiritual Order” encompassing all the churches, beliefs and ways of being spiritual. He is the "Major" because we are all under his aura of protection and care as minor Facilitators.
But "He" does not really like to appear under the title of "Major" and think it very high and raised. He is "Major" for being the "helper of the poorest of the poor, of the poor, the most humble and helpless." "It is only Elder who reaches the least in humility." If Master Koot Hoomi comes so low in being "nothing", so simple and humble to help others, what is up to us, that we are less than him? Being something as "tiny" and microscopic as single-cell entities.

Master Koot Hoomi is found next to the most ignorant of the ignorant, the most incapable of the incapacitated, the least adapted from the misfits, the poorest of all the poor, the most corrupt of the corrupt, the worst among the worst. If in a group of people some enter a place and others do not, He stays with the one they do not let in. If someone is excluded in a group, He stays with the excluded. So in order for Him to always be among us we must always be with the last, because rejecting the worst or the last, we reject Him, and accepting them all, we accept Him. Master Koot Hoomi although he is a great Teacher It is among us as the "Kid", "Pana", "Cuate", "Ñaño" or "Pibe" of any of us.

FRIEND OF THE POOR
The wisest teachers "helpers of the poor", many of them have incarnated being rich, intelligent and of high social classes, such as Master Koot Hoomi when Francisco was the son of the most aristocratic family of Assisi; another was Siddharta Gautama, the Buddha, crown prince to the throne of Kapilavastú; San Nicolás, of the richest family of Patára; Saint Paul, educated by the best rabbis of Jerusalem or Saint Sebastian, Roman Praetorian Guard. To be able to help those who do not have to have, to teach those who do not know, one must know.
Having and Knowing we must descend to the one who does not have and does not know understanding and helping. There are those who have no day and without knowing how to teach, this one has even more merit.
Just like Master Koot Hoomi, let's accept and transform the one who doesn't have and doesn't know, whether or not we have, know or don't know. Witnessing the truth for the Lord Buddha Serapis Bey: His Missions Are Pretty Complex And Complete 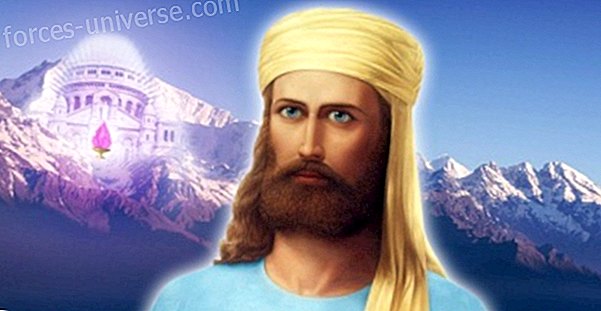 Message from the Ascended Master El Morya: Irradia but does not impose

Two messages from Mother Mary Universal: You Are My Messengers